We firmly believe that choosing the right partner is just as important as choosing the right ERP solution. As an SAP gold partner since 2008, we know the system inside out. In fact, we use it to run our own company. You might even say we test it every day.

Our ERP experts have a depth of industry knowledge, a keen understanding of business process, and deep technological expertise that uniquely positions us to understand your business almost as well as you do. We’re here for you every step of the way – through implementation and beyond. Our goal is to transition you to ERP with the highest level of empathy, consideration and fit.

From the onset of your ERP project, we implement the human touch. We go the extra mile to put ourselves in your shoes and understand the critical factors in your business. We work with you to manage risk and keep to the timeline that suits you best. Throughout every stage of the project, we keep in regular contact to ensure you have plenty of opportunity to provide feedback and recommendations.

Our work doesn’t end with implementation. We work with you to ease the transition for your people through dedicated training sessions and ongoing learning opportunities. And as changes arise in your business, we’re here to help you find new solutions that enable your business to thrive.

The first thing we implement is the human touch. Before you invest in us, we invest in you. Prospective customers appreciate that we go the extra mile to meet face-to-face and deliver an insightful, customized and highly engaging presentation that speaks uniquely to them.

We bring empathy to technology to serve your aspirations. We never lose sight of the fact that we build ERP solutions for people first. In the service of technology, we will never ignore culture and humanity.

We work backwards from what success looks like for you. Before we tailor our solutions, we open up every last wall. We put ourselves in your shoes and go deep to understand the critical factors in your business to create an ERP implementation experience, customer journey and end product that will exceed your expectations.

We have the IP to customize with intent. If we don’t have the ERP solution that fits your needs, we will source and rigorously evaluate the best third-party software for the job. In the absence of the perfect solution, we’ll build one for you ourselves.

We look at success futuristically. With a keen eye on technological and business trends and innovations, we look ahead to understand where your industry is going and what your business will need, not just tomorrow, but 10 years from now. Our software solutions are engineered to anticipate and evolve with the times.

Our leadership group brings a broad range of experience that guides us in creating the optimal ERP experience for our customers. 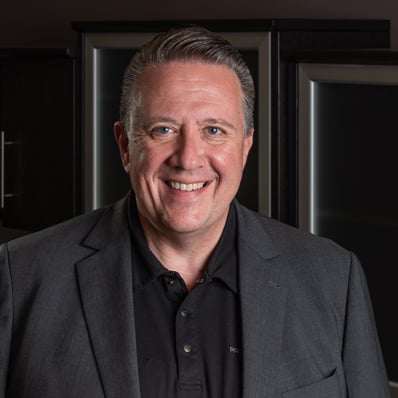 Driven, empathetic, creative. One of our co-founders and CEO, Derin Hildebrandt leads the vision for our company. He’s the person you picture when you think of an entrepreneur – the visionary, the one who’s always looking forward. This, along with over 25 years in the IT industry, give Derin an uncanny ability to understand the entrepreneurial spirit of our customers and guide our team to support them in their pursuit of success.

Honest, thoughtful, innovative. Co-founder and President of ProjectLine, Darrell McClarty is instrumental in building and guiding our services delivery team. He has a unique ability to anticipate our customers’ needs before they do. His strength in evaluating all aspects of a business challenge and presenting truly unique solutions is second to none – and something we all aspire to. 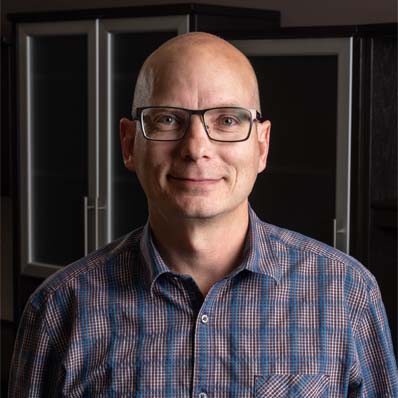 Talented, humble, curious. Co-founder and Senior Technology Architect at ProjectLine, Collin Dennison provides guidance to our development team. Always asking questions to understand the ins-and-outs of the challenge at hand, Collin instills this same sense of curiosity in his team. He fosters a collaborative environment that allows our developers to learn from one another and produce ground-breaking technology solutions. 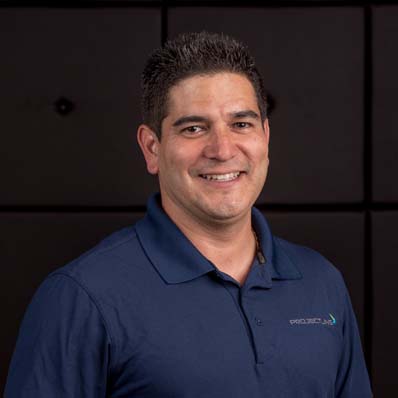 Calm, cool, collected. As Director of Finance & Administration, Martin Gonzalez is the right-hand to our shareholder team, providing guidance on operational processes. With his open-door policy, he’s the go-to guy for everyone on our team. He has an innate ability to get to the root of any situation and offer actionable steps to achieve a favorable outcome. His big picture view ensures that we all run at peak performance. 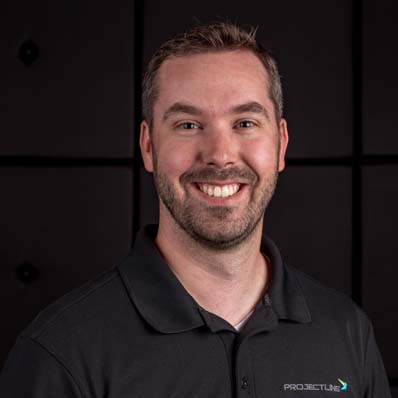 Diligent, brainy, unruffled. As Team Lead for our SAP Consulting group in Saskatoon, Jeff Tremaine imparts his deep knowledge of accounting and business process to his team. He enables them to gain a true understanding of the challenges our customers face. Our customers appreciate Jeff’s natural ability to put people at ease and calm the uncertainty that comes with an ERP project. 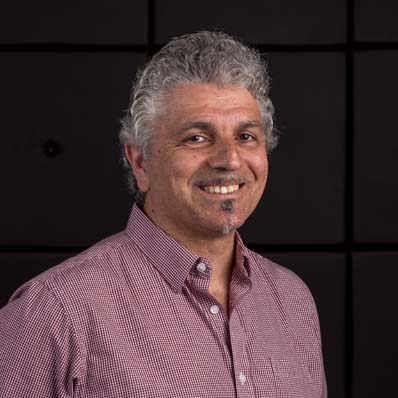 Rock steady, supportive, witty. Leader of our SAP Consulting team in Ontario, Peter Kattides is a forward thinker. He guides our team to always look beyond just finding a solution, and focus on finding the best solution. He digs into our customers’ challenges to understand every angle and create the best possible outcome.

Passionate, engaging, champion of the customer. Our current Customer Success Team Lead, Rob Peterson-Wakeman's journey with ProjectLine started as a customer. He then joined our sales team before moving on to relationship management. Rob thrives on collaborating with small to mid-size business owners to create efficiencies in their companies that lead to real, measurable results. He brings this spirit to his role, inspiring our Customer Success Team to operate with a customer-first mindset.

It’s August 15, 2001 – our shareholders, all former colleagues, were sitting around a kitchen table discussing their future paths. Did they part ways and each move on to new opportunities? Or did they band together and start a new venture of their own?

The very next day, a hot sales lead came their way, almost by accident. And so, over the course of the following weekend, they selected a company name, rented office space (in the form of a converted hotel room) and created a website. Just like that, ProjectLine Solutions was formed. Less than a month later, we landed our first contract developing one of the first web-based enterprise applications in the mining industry. We even provided our customer with the ability to print from the web – a major innovation at that time!

Things moved quickly in the early days and we’ve kept up the same pace ever since. We started out as a custom software development company with a team of four. A few years later, we had the opportunity to become an SAP Business One reseller. At another crossroads, our shareholders had a decision to make. Did we continue with the custom development business? Or did we branch out into the SAP Business One market? Maybe it was crazy, but we’re an ambitious bunch, so we chose to do both.

Fast forward to today…we still maintain both sides of the business with a vision to be the undisputed leaders in creating the optimal ERP experience. We’re now a team of nearly 40, with locations across Canada and a continued focus on delivering innovative solutions to our customers. We work hard to maintain that nimble, ambitious small business mindset that keeps people at the center of everything we do.

At ProjectLine, we’re all about people. Our focus is on delivering solutions to our customers that bring technology and people together. We look for team players that embody that sentiment and are driven to help small and mid-size companies thrive. Sound like you? Apply to join our growing team!

Stay in-the-know about what’s happening here at ProjectLine and in the SAP Business One community.

Sign up for our newsletter  to stay in the loop on SAP Business One updates, training and events